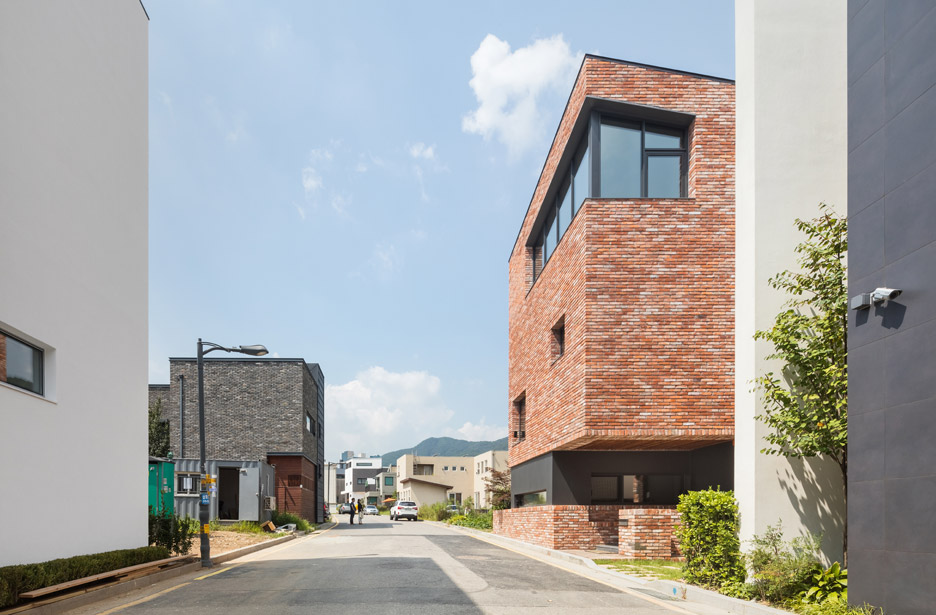 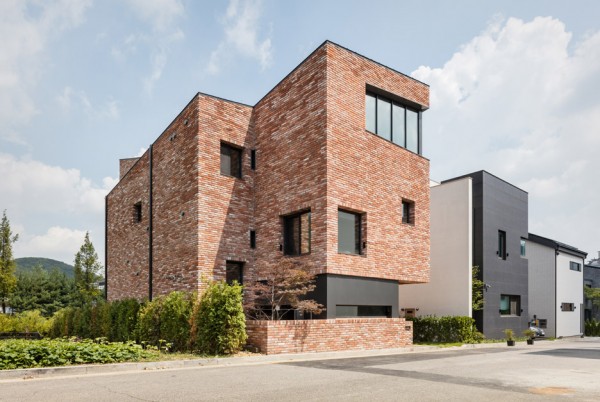 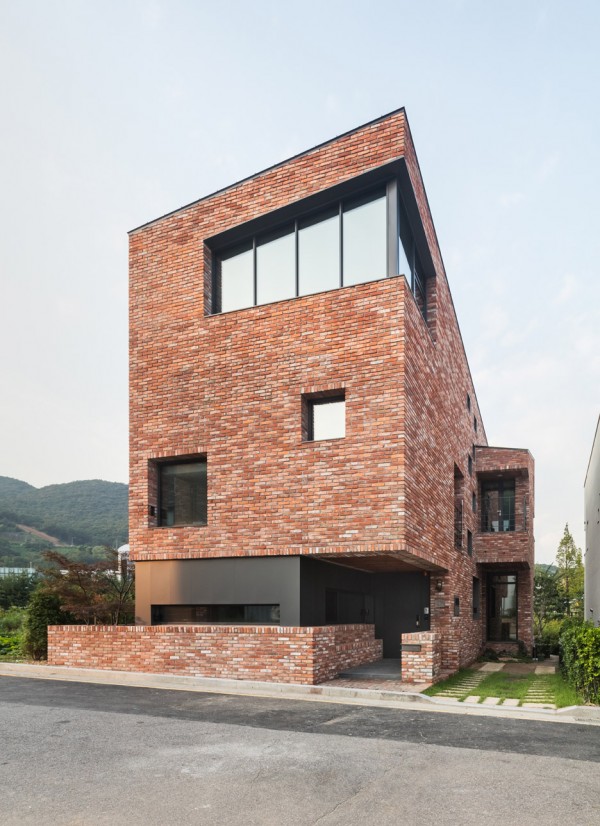 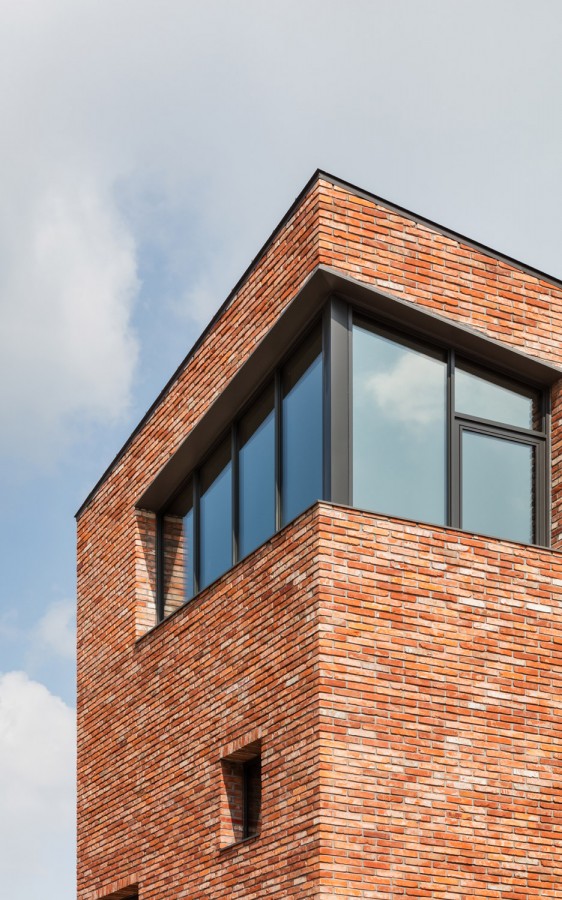 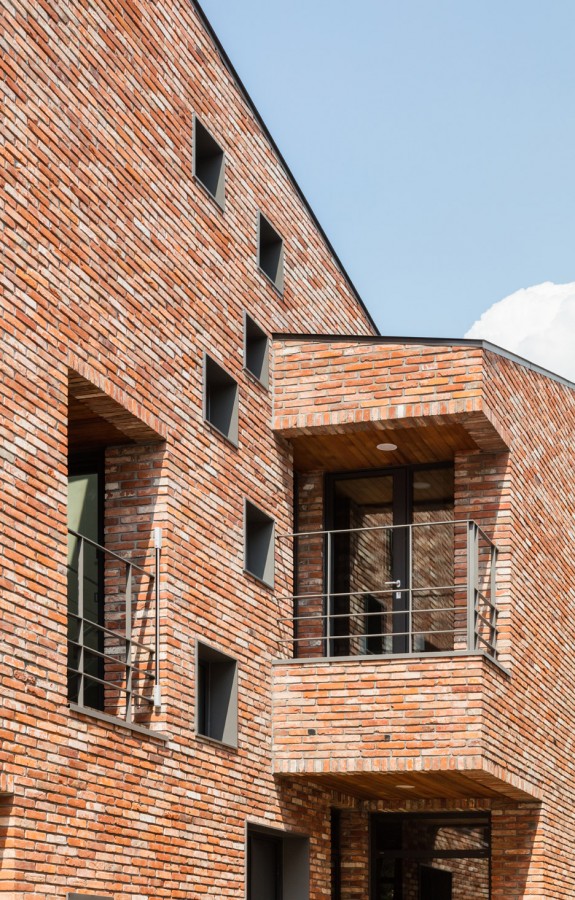 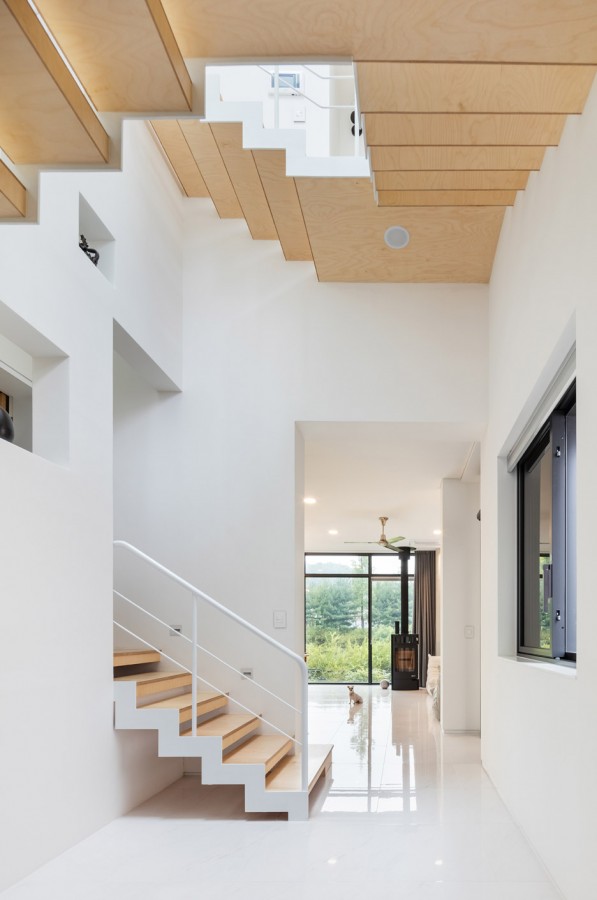 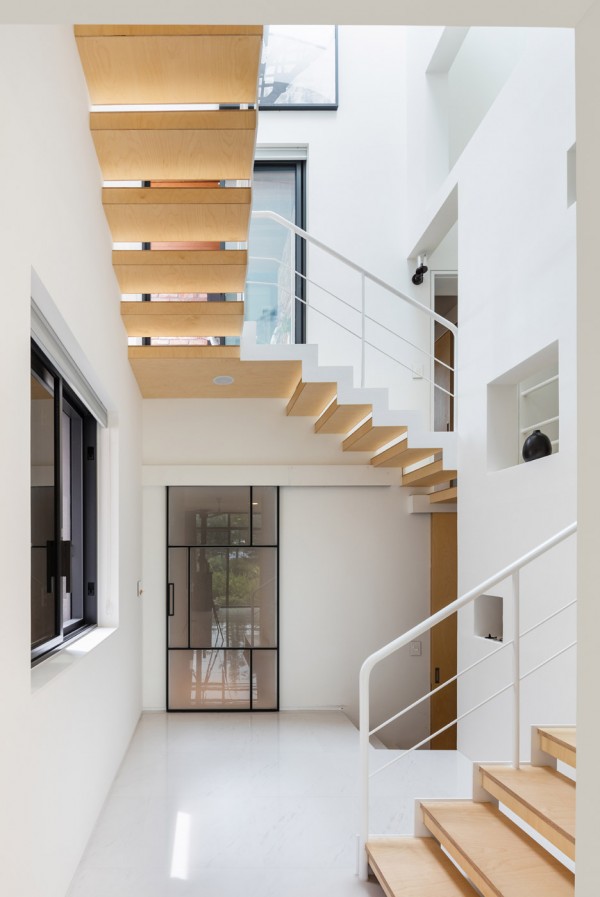 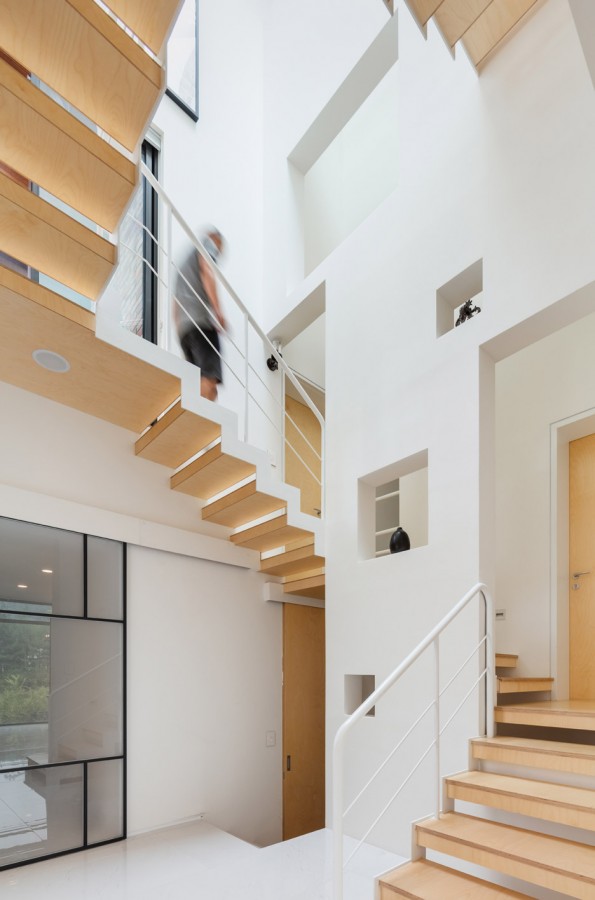 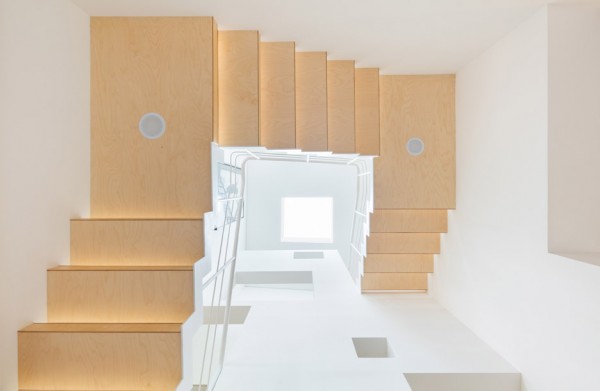 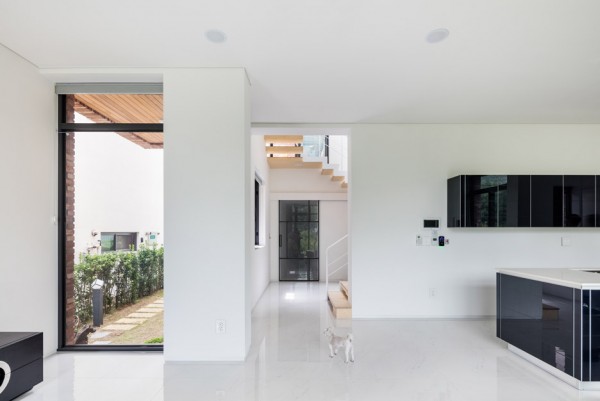 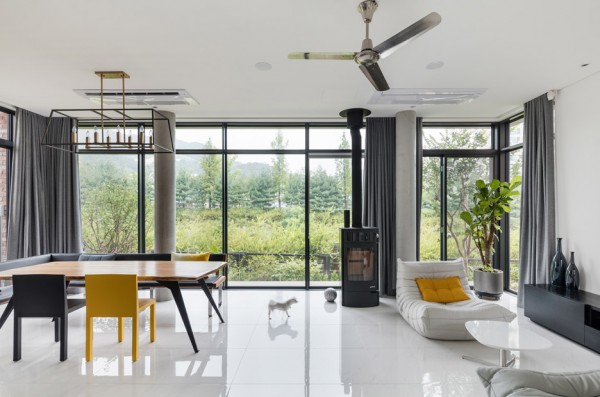 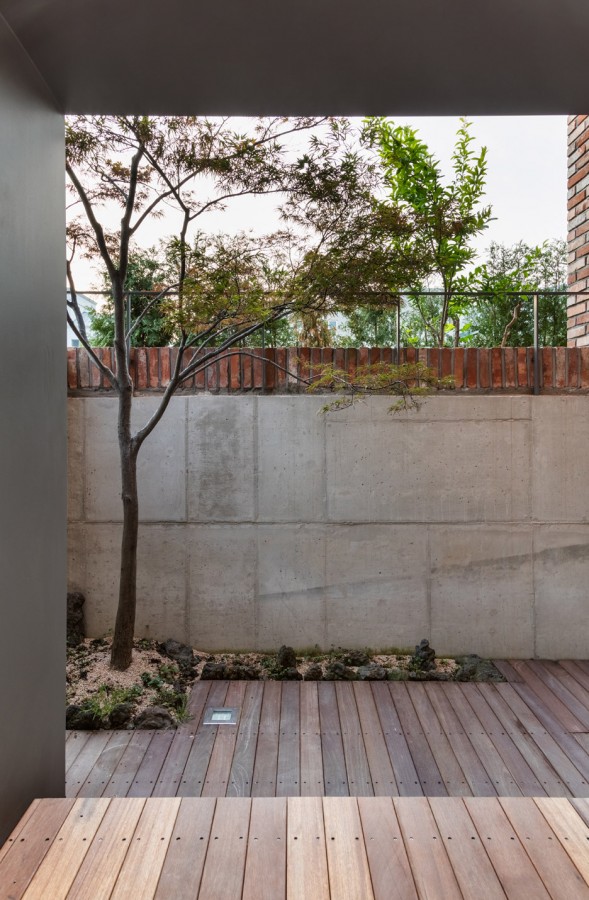 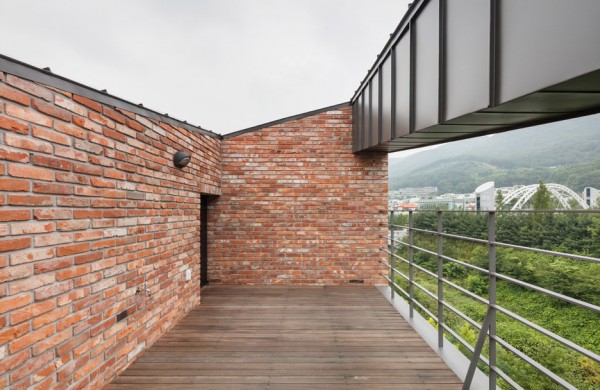 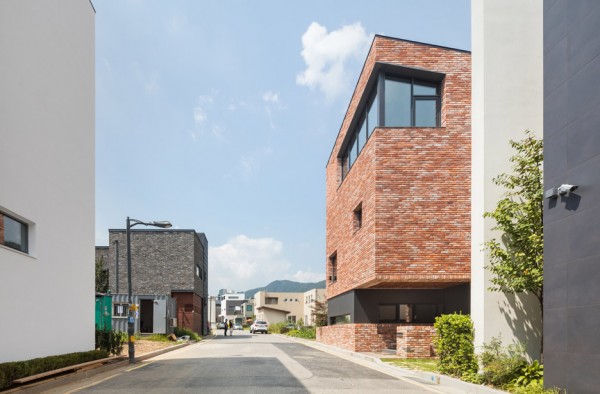 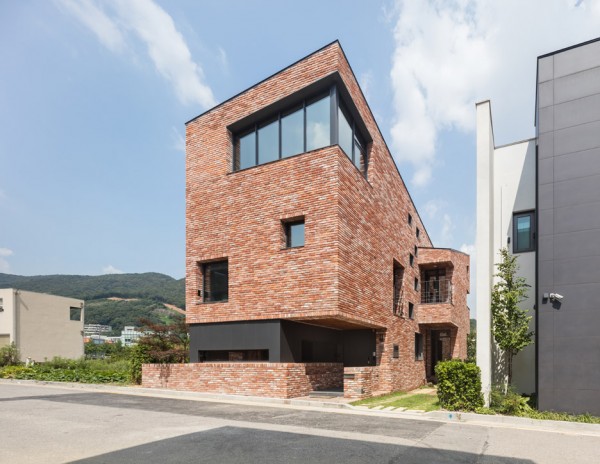 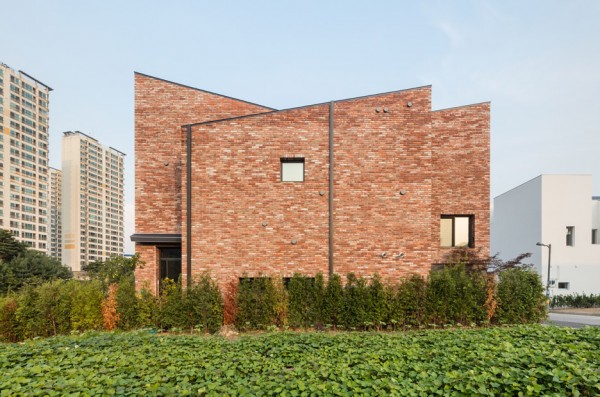 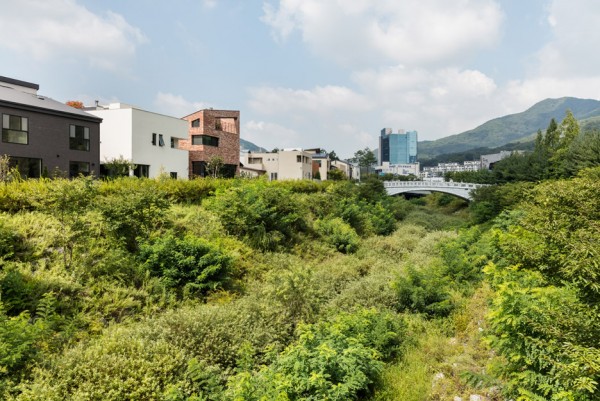 The reinforced concrete structure is clad in red brick to contrast with the minimal interior. 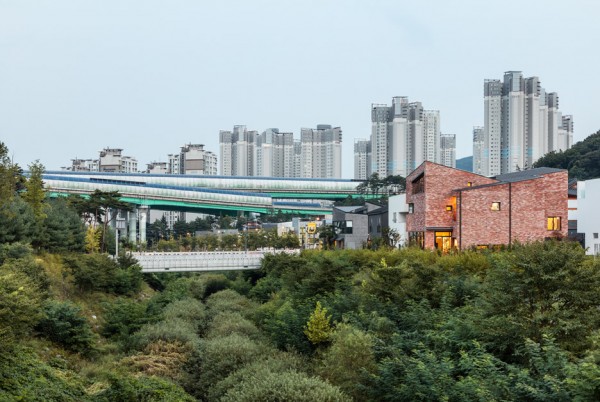